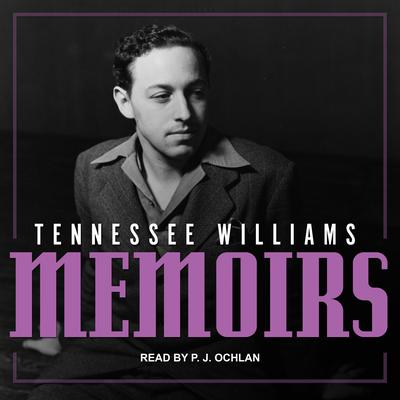 When Memoirs was first published in 1975, it created quite a bit of turbulence in the media—though long self-identified as a gay man, Williams's candor about his love life, sexual encounters, and drug use was found shocking in and of itself, and such revelations by America's greatest living playwright were called "a raw display of private life" by the New York Times Book Review. As it turns out, Williams's look back at his life is not quite so scandalous as it once seemed; he recalls his childhood in Mississippi and St. Louis, his prolonged struggle as a "starving artist," the "overnight" success of The Glass Menagerie in 1945, the death of his long-time companion Frank Merlo in 1962, and his confinement to a psychiatric ward in 1969 and subsequent recovery from alcohol and drug addiction, all with the same directness, compassion, and insight that epitomize his plays.

Tennessee Williams (1911–1983), born Thomas Lanier in Columbus, Mississippi, won Pulitzer Prizes for his dramas A Streetcar Named Desire and Cat on a Hot Tin Roof. Other plays include The Glass Menagerie, Summer and Smoke, The Rose Tattoo, Camino Real, Suddenly Last Summer, Sweet Bird of Youth, and Night of the Iguana. He also wrote a number of one-act plays, short stories, poems, and two novels, The Roman Spring of Mrs. Stone and Moishe and the Age of Reason. He died at the age of seventy-two.