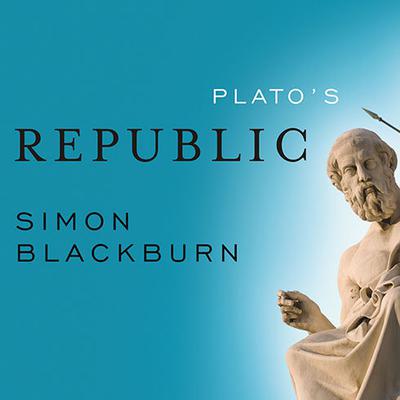 The Books that Changed the World Series: Book 4

Plato is perhaps the most significant philosopher who has ever lived, and The Republic, composed in Athens in about 375 BC, is widely regarded as his most famous dialogue. Its discussion of the perfect city—and the perfect mind—laid the foundations for Western culture and, for over two thousand years, has been the cornerstone of Western philosophy. As Simon Blackburn writes, "It has probably sustained more commentary, and been subject to more radical and impassioned disagreement, than almost any other of the great founding texts of the modern world." In Plato's Republic, Simon Blackburn explains the judicial, moral, and political ideas in The Republic. Blackburn also examines The Republic's remarkable influence and unquestioned staying power, and shows why, from Saint Augustine to twentieth-century philosophers such as Ludwig Wittgenstein and Henri Bergson, Western thought is still conditioned by this most important of books.

A clear and accessible introduction to philosophy's first superstar. —Kirkus

Simon Blackburn is a professor of philosophy at the University of Cambridge. He is the author of several books, including Think: A Compelling Introduction to Philosophy, Truth: A Guide, and The Oxford Dictionary of Philosophy.