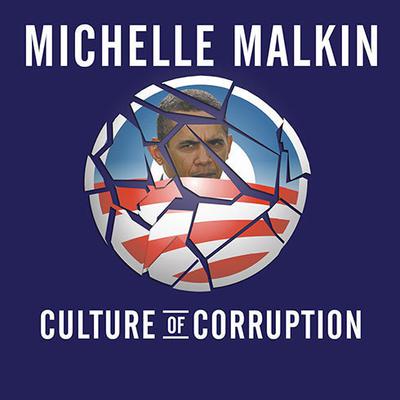 Culture of Corruption: Obama and His Team of Tax Cheats, Crooks, and Cronies

The era of hope and change is dead...and it only took six months in office to kill it. Never has an administration taken office with more inflated expectations of turning Washington around. Never have a media-anointed American Idol and his entourage fallen so fast and hard. In her latest investigative tour de force, New York Times bestselling author Michelle Malkin delivers a powerful, damning, and comprehensive indictment of the culture of corruption that surrounds Team Obama's brazen tax evaders, Wall Street cronies, petty crooks, slum lords, and business-as-usual influence peddlers. In Culture of Corruption, Malkin reveals: —Why nepotism beneficiaries First Lady Michelle Obama and Vice President Joe Biden are Team Obama's biggest liberal hypocrites—bashing the corporate world and influence-peddling industries from which they and their relatives have benefited mightily —What secrets the ethics-deficient members of Obama's cabinet—including Hillary Clinton—are trying to hide —Why the Obama White House has more power-hungry, unaccountable "czars" than any other administration —How Team Obama's first one hundred days of appointments became a litany of embarrassments as would-be appointee after would-be appointee was exposed as a tax cheat or had to withdraw for other reasons —How Obama's old ACORN and union cronies have squandered millions of taxpayer dollars and dues money to enrich themselves and expand their power —How Obama's Wall Street money men and corporate lobbyists are ruining the economy and helping their friends In Culture of Corruption, Michelle Malkin lays bare the Obama administration's seamy underside that the liberal media would rather keep hidden.

Michelle Malkin is a mother, wife, blogger, conservative syndicated columnist, Fox News commentator, and #1 New York Times bestselling author. She started her newspaper journalism career at the Los Angeles Daily News in 1992, moved to the Seattle Times in 1995, and has been penning nationally syndicated newspaper columns for Creators Syndicate since 1999. She is the founder of Hot Air and Twitchy.com. She lives with her husband and two children in the Colorado Springs area.