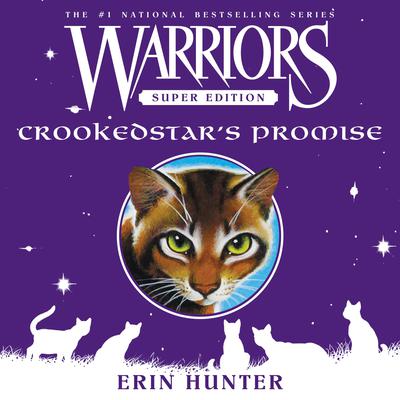 Warriors Super Edition: Crookedstar’s Promise is an epic stand-alone adventure in Erin Hunter’s #1 nationally bestselling Warriors series! In this Super Edition, get a glimpse into the past of RiverClan leader Crookedstar, in the time before Warriors #1: Into the Wild.

Crookedkit dreams of becoming RiverClan’s next great leader. Then a mysterious cat appears in his dreams, whispering promises of glory—if only Crookedkit will pledge his undying loyalty to his Clan. No cat could have imagined the terror and destruction that would lie in one seemingly harmless promise . . . .