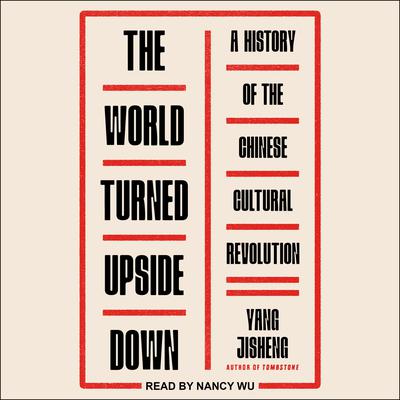 The World Turned Upside Down: A History of the Chinese Cultural Revolution

As a major political event and a crucial turning point in the history of the People's Republic of China, the Great Proletarian Cultural Revolution (1966–1976) marked the zenith as well as the nadir of Mao Zedong's ultra-leftist politics. Reacting in part to the Soviet Union's "revisionism" that he regarded as a threat to the future of socialism, Mao mobilized the masses in a battle against what he called "bourgeois" forces within the Chinese Communist Party (CCP). This ten-year-long class struggle on a massive scale devastated traditional Chinese culture as well as the nation's economy.

Following his groundbreaking and award-winning history of the Great Famine, Tombstone, Yang Jisheng here presents the only history of the Cultural Revolution by an independent scholar based in mainland China, and makes a crucial contribution to understanding those years' lasting influence today.

The World Turned Upside Down puts every political incident, major and minor, of those ten years under extraordinary and withering scrutiny, and arrives in English at a moment when contemporary Chinese governance is leaning once more toward a highly centralized power structure and Mao-style cult of personality.