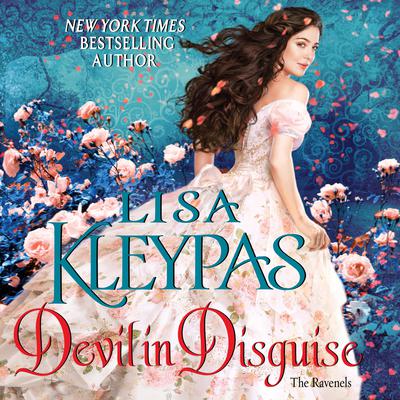 A BookPage Top Pick of Most Anticipated Romance Novels of 2021

New York Times bestseller Lisa Kleypas returns with an enthralling and steaming romance between a widowed lady and a Scot on the run.

“The devil never tries to make people do the wrong thing by scaring them. He does it by tempting them.”

Lady Merritt Sterling, a strong-willed young widow who’s running her late husband’s shipping company, knows London society is dying to catch her in a scandal. So far, she’s been too smart to provide them with one. But then she meets Keir MacRae, a rough-and-rugged Scottish whisky distiller, and all her sensible plans vanish like smoke. They couldn’t be more different, but their attraction is powerful, raw and irresistible.

From the moment Keir MacRae arrives in London, he has two goals. One: don’t fall in love with the dazzling Lady Merritt Sterling. Two: avoid being killed.

So far, neither of those is going well.

Keir doesn’t know why someone wants him dead until fate reveals the secret of his mysterious past. His world is thrown into upheaval, and the only one he trusts is Merritt.

Their passion blazes with an intensity Merritt has never known before, making her long for the one thing she can’t have from Keir MacRae: forever. As danger draws closer, she’ll do whatever it takes to save the man she loves . . . even knowing he might be the devil in disguise.

Lisa Kleypas is the award-winning author of nearly forty books of historical and contemporary romance, which have been translated into twenty-five languages. She is the recipient of two Rita awards and an RT Book Reviews Best Historical Romance award and has had several of her novels reach the New York Times bestseller list.