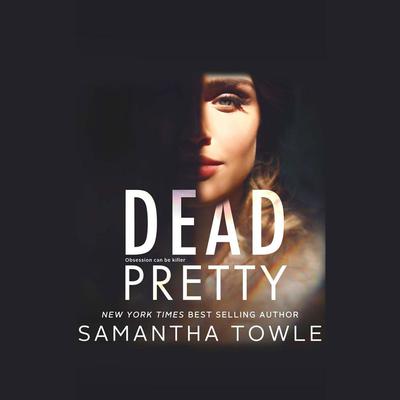 From New York Times best-selling author Samantha Towle comes a gripping psychological thriller that will have you on the edge of your seat.

I'd once believed that nothing would equal the pain of losing my parents.

I had barely even begun to process their deaths when it started.

The love notes, flowers, gifts...all anonymously left on my porch.

Then, I opened my door to a dead bird.

At first, I thought it had died naturally.

I knew that wasn't the case when I found my neighbor's cat the next day.

Then, the murders started.

The victims...women who looked eerily similar to me.

I had a stalker. A murderous one.

And I had no clue who he was.

He never showed me his face.

Not even when he carved his final message into me.

I survived that night. But my life was over. It had ended the moment Tobias Ripley's infatuation with me began.

So, I changed my name and moved away.

Now, I live a life of solitude. I don't make connections with anyone.

Until Jack Canti walks into my life with his sharp eyes and easy smiles.

Only Jack isn't the man he says he is.

And when the murders start again, I'm left wondering if it's a copycat.

What if Tobias wasn't the real killer after all...and the murderer has been right here with me all along?

Samantha Towle is a New York Times, USA Today, and Wall Street Journal bestselling author who began her first novel in 2008 while on maternity leave. She completed the manuscript five months later and hasn’t stopped writing since. She is the author of contemporary romances The Mighty Storm, Wethering the Storm, Taming the Storm, and Trouble. She has also written paranormal romances, The Bringer, and the Alexander Jones series—all penned to tunes of the Killers, Kings of Leon, Adele, the Doors, Oasis, Fleetwood Mac, and more of her favorite musicians. A native of Hull and a graduate of Salford University, she lives with her husband, Craig, in East Yorkshire with their son and daughter.