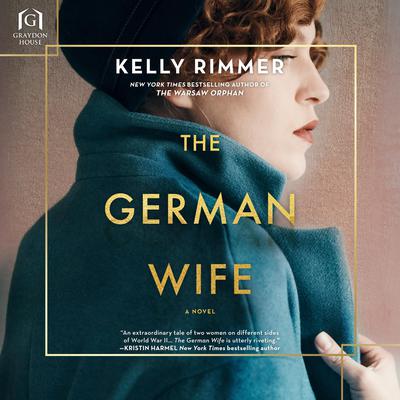 The bestselling author of The Things We Cannot Say and The Warsaw Orphan returns with a gripping novel about two women from opposite sides of WWII, whose enmity culminates in a shocking event as anti-German sentiment sweeps America.

Berlin, 1934—Ilse Meyer is the aristocratic wife of a scientist whose post-WWI fortunes change for the better when Ilse’s husband, Jurgen, is recruited for Hitler's new rocket program. Although Ilse and Jurgen do not share the popular political views rising in Germany, Jurgen’s new job forces them to consider what they must sacrifice morally for their financial security. But too late they realize the Nazi’s plans to weaponize Jurgen’s technology as they begin to wage war against the rest of Europe.

Huntsville, Alabama, 1949—Jurgen is one of hundreds of Nazi scientists offered pardons and taken to the US to work for the CIA’s fledgling space program. Ilse, now the mother of four, misses Germany terribly and struggles to fit in among the other NASA wives, who look upon her with suspicion. In a moment of loneliness, she confesses to a neighbor, Rachel Carlson, about Jurgen’s membership in the SS and her resentment for being forced to live in a country that will always see her as the enemy. What she doesn’t know is that she has trusted the wrong neighbor.

When the scandalous news about the Meyer family’s affiliation with the Nazi party spreads, idle gossip turns to bitter rage, and the act of violence that results will tear apart a community and a family before the truth is finally revealed—but is it murder, revenge or justice?

Kelly Rimmer is a USA Today bestselling author of contemporary and historical fiction and a contemporary romance series. Her novels have been translated into more than twenty languages.