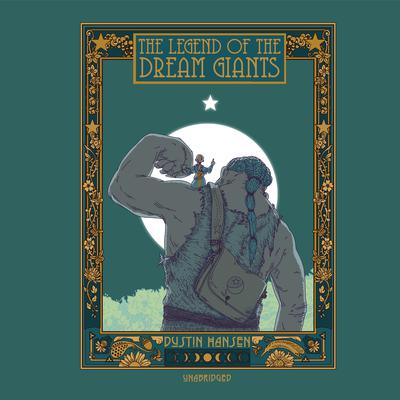 The Legend of the Dream Giants

An orphaned giant named Berg is in search of just one person he can call friend.

When he was very young, Berg’s mother hid him in a cave and led an angry mob of villagers away, sacrificing her own life to protect her son. In all the years since, Berg has lived alone, the only reminders of his family are his mother’s satchel and his recurring dreams of a white bear who shares a magical sand from a fallen star. When the white bear touches Berg with the star-blue sand, he feels safe and happy in his dreams. Sometimes, when he feels lonely, he will risk entering a village to trade a smooth river rock or a feather for food. He’s really searching for kindness, companionship, and, maybe one day, someone who will want to get to know him and be his friend. But with every attempt he makes, people only see his massive size and cruelly chase him away, thinking he is Ünhold—a giant and a monster. Whoever this Ünhold is, Berg also fears him and hopes they never meet.

In his travels, Berg comes upon a new town, a city made of iron where blacksmiths construct all kinds of ironworks from gates to sculptures to chains and weapons. Berg meets a little girl, Anya, who doesn’t run and scream in fear like everyone else does. To his amazement and delight, Anya knows about the dream-sand and says she wants to be his friend.

The mayor convinces the villagers of the benefit of having a giant around who can protect their city from the dangers he says Ünhold has in store for them. Anya has learned about the dream-sand from secretly watching Ünhold use it to trade for food and trinkets, and she suspects the mayor is planning something different than what he says. Fearing the city isn’t safe for Berg, she warns her giant friend to flee. When a secret plot is revealed to capture Berg, the young giant has to figure out where he can place his trust.

Dustin Hansen, author of Game On! and the Microsaurs series, was raised in rural Utah. His love of pixels and controllers led him into a career in video games. He has made titles for everything from a 386 PC to the iPhone, and from the PlayStation One to the Xbox One. Now he’s working on the future, creating Virtual Reality experiences that blend real life with the digital world. Dustin and his family live in rural Utah once again, where he is the current king of the family Mario Kart circuit.