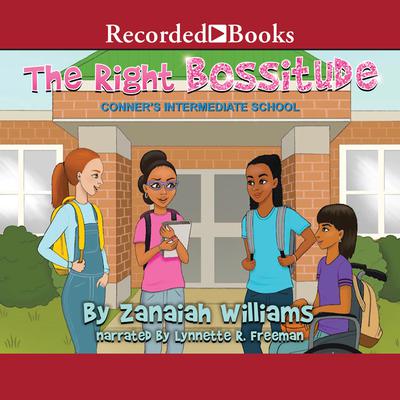 WHEN IT COMES TO BOSSING UP, AGE IS ONLY A NUMBER!

At only ten years old, Zaria Carter has already become a serial entrepreneur. Since overcoming her bossy bad days, she has launched several thriving businesses, proving to her peers and the world that with hard work and the right attitude, you can accomplish anything.

When a major TV executive catches Zaria's news interview, he extends an offer to collaborate, making Zaria a co-creator of her very own television show. Zaria uses her new filmmaking role to document her life and the school's upcoming election. She's on top of the world until it quickly starts to crumble after her camcorder catches some extreme dirt spilled by the undercover mean girl Sadie Mitchell.

Zaria convinces herself that everything will be fine once she pulls a little magic from her journal. Yikes! She gave it away to a friend who needed a little magic of their own. Now she must develop another plan. Will Zaria be defeated, or will the right bossitude be the secret sauce to success?