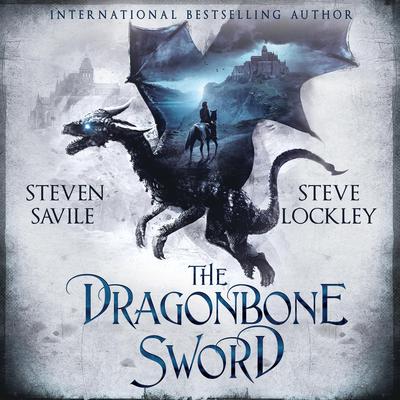 By Steven Savile  and Steve Lockley
Read by RJ Bayley

The Chronicles of Pavane Series: Book 1

The survival of the shattered kingdom lies in the hands of a demon boy they condemned to death. Can he forgive them long enough to save them? Pavane has lived a sheltered life on a mist-shrouded island far away from the world and titles that should have been his by birthright. The alternative was death. Born chaos-marked, a demon in the eyes of his kin, the child was stolen away on the eve of his execution and kept safe. With only the old woman for company, Pavane has lived a strange life, learned to share minds with the birds and the histories of the world through the tales Mistral has spun for him. Can they be true? A single act of kindness turns Pavane’s life upside down. Out in the sea, battered by the rage of the water, he sees a boy clinging on to the wreckage of a galley and cannot let him drown, but saving him will betray their presence on the hidden Isle of Sorrows. With whispers of war carried to him by a bird on the wing, Pavane argues that he must pass on the grave warnings, knowing this might be his only chance to meet the father has never known. Carrying a blade that once belonged to his grandfather, one of the great Dragonbone swords, as proof of his identity, Pavane sets sail for the mainland. He is too late. His father is dead, his kingdom divided amongst the siblings Pavane has never known. There is no love for a lost brother here. No welcoming embraces. The tidings of war he brings are dismissed as fantasy. Pavane pledges himself to a new life as a spy and, along with the boy he saved from the shipwreck, Snipe, finds himself sent out in search of proof of this war the bird spoke of. No one expects him to survive.

Steven Savile is a New York Times and USA Today besteslling author, a finalist for multiple British Fantasy Awards, and has written for Doctor Who, Torchwood, Primeval, Stargate, Warhammer, Sláine, Fireborn, Pathfinder, and other popular game and comic series. He wrote the story for the international bestselling computer game Battlefield 3, which sold over five million copies its first week, and served as head writer for the popular online children’s game Spineworld. He is the coauthor, with Albert “Prodigy” Johnson, of H.N.I.C. and Ritual.