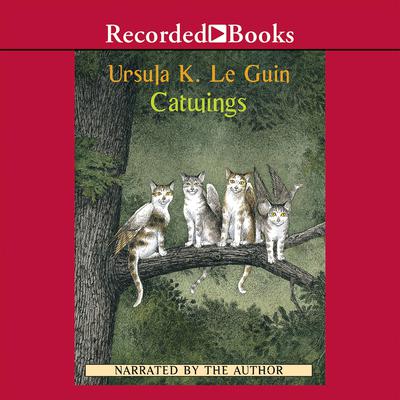 Le Guin wrote this highly acclaimed novel about a very special litter of kittens. Mrs. Jane Tabby has always longed to get away from the cramped alleys of the city. She knows it is too late for her, but she thinks her longing may be the reason her litter of kittens was born with wings. When they are old enough to fly, she sends the four kittens, who become known as catwings, out into the world to find their home. But they find that danger does not lurk only in city alleyways. "... a small gem of a book ..."-Publishers Weekly

“Cats are always appealing, and winged cats should be doubly so.” —School Library Journal

Ursula K. Le Guin (1929–2018) was an American author of novels, children’s books, and short stories, mainly in the genres of fantasy and science fiction. She has also written poetry, literary criticism, and essays. She was widely recognized as one of the greatest science fiction writers in the history of the genre. She won both the Hugo and Nebula Awards on several occasions, as well as the National Book Award, the PEN/Malamud Award, and many other honors and prizes. In 2014, she was awarded the National Book Foundation Medal for Distinguished Contribution to American Letters.