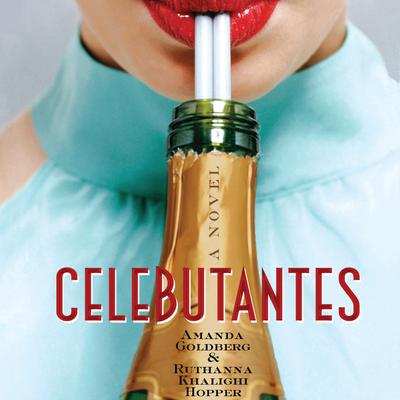 Lola Santisi is a twenty-six-year-old member of Hollywood royalty. She suffers from twin afflictions: Actorholism (an addiction to hunky actors) and CDD (Career Deficit Disorder). In her latest gig as a Hollywood Ambassador, she's been engaging in L.A.'s cruelest blood sport: convincing celebrities to wear her designer's gowns to the Oscars.

Lola's first best friend is Kate, a talent agent desperate to go from unter to über by any means necessary; her other BFF is Cricket, a model/actress eager to move beyond her role as a coma victim on a TV hospital drama. Together they dodge fashion roadkill while navigating the GM Fashion Show, the Gagosian dinner at Mr. Chow, Barry Diller's and Diane von Furstenberg's pre-Oscar picnic, and the exclusive Vanity Fair Oscar party, where the time on your invitation marks how far in or out you really are.

When the sun rises at Patrick Whitesell's even more exclusive after-after Oscar bash, who will be left standing in her stilettos?

Amanda Goldberg is the daughter of film and TV producer Leonard Goldberg. She received her BA in English Literature and Art History at the University of Pennsylvania. She began her career working for fashion designer Todd Oldham in New York before returning to Hollywood to join her father’s production company, where she was the associate producer on the blockbuster film Charlie’s Angels.