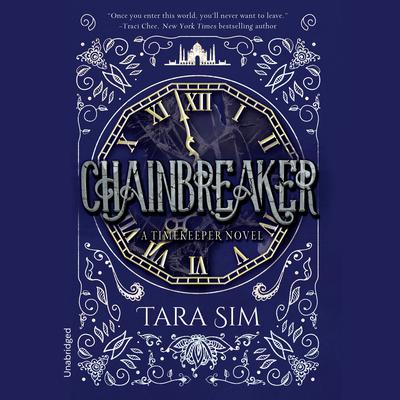 Clock mechanic Danny Hart knows he’s being watched. But by whom, or what, remains a mystery. To make matters worse, clock towers have begun falling in India, though time hasn’t Stopped yet. He’d hoped after reuniting with his father and exploring his relationship with Colton, he’d have some to settle into his new life. Instead, he’s asked to investigate the attacks.

After inspecting some of the fallen Indian towers, he realizes the British occupation may be sparking more than just attacks. And as Danny and Colton unravel more secrets about their past, they find themselves on a dark and dangerous path—one from which they may never return.

“An extraordinary debut, at once familiar and utterly original.” —Victoria Schwab, #1 New York Times bestselling author on Timekeeper
“With pacing and action running like clockwork, this is a startlingly unique series with a truly golden set of diverse characters.” —Lauren James, author of The Next Together
“Once you enter this world, you’ll never want to leave.” —Traci Chee, New York Times bestselling author

Tara Sim can typically be found wandering the wilds of the Bay Area in California. When she’s not chasing cats or lurking in bookstores, she writes books about magic, clocks, and explosives. She is the author of Timekeeper and Chainbreaker.