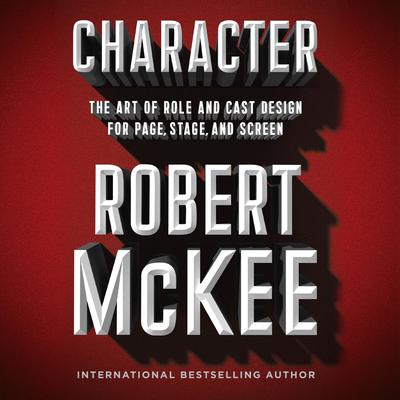 Character: The Art of Role and Cast Design for Page, Stage, and Screen

The long-awaited third volume of Robert McKee’s trilogy on the art of fiction.

Following up his perennially bestselling writers' guide Story and his inspiring exploration of the art of verbal action in Dialogue, the most sought-after expert in the storytelling brings his insights to the creation of compelling characters and the design of their casts.

CHARACTER explores the design of a character universe: The dimensionality, complexity and arcing of a protagonist, the invention of orbiting major characters, all encircled by a cast of service and supporting roles.

Robert McKee teaches his Story seminar to sold-out auditoriums in Los Angeles, New York, London, and film capitals throughout the world. A Fulbright Scholar, this award-winning film and television writer has also served as project and talent development consultant to major production companies such as TriStar and Golden Harvest Films. He lives in Los Angeles and Cornwall, England.