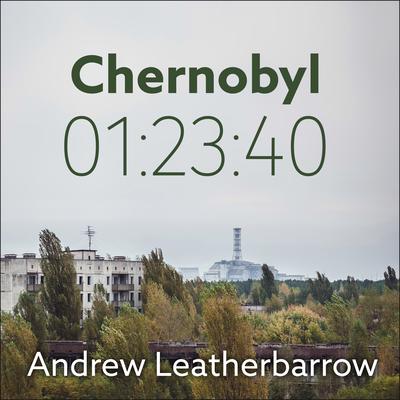 At 01:23:40 on April 26th 1986, Alexander Akimov pressed the emergency shutdown button at Chernobyl's fourth nuclear reactor. It was an act that forced the permanent evacuation of a city, killed thousands, and crippled the Soviet Union. The event spawned decades of conflicting, exaggerated, and inaccurate stories.

This book, the result of five years of research, presents an accessible but comprehensive account of what really happened—from the desperate fight to prevent a burning reactor core from irradiating eastern Europe, to the self-sacrifice of the heroic men who entered fields of radiation so strong that machines wouldn't work, to the surprising truth about the legendary "Chernobyl diver," all the way through to the USSR's final show-trial. The historical narrative is interwoven with a story of the author's own spontaneous journey to Ukraine's still-abandoned city of Pripyat and the wider Chernobyl Zone.

Andrew Leatherbarrow lives with his fiance and their two children in Lancashire, England. He works full-time, but spends much of his spare time reading and writing.