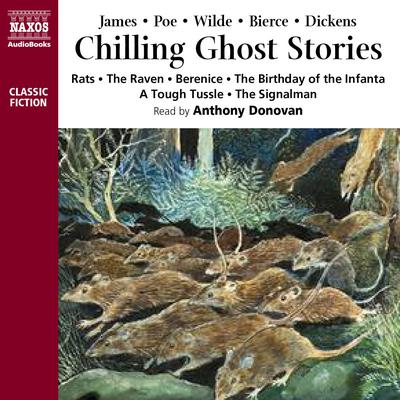 By Edgar Allan Poe , Ambrose Bierce , and others
Read by Anthony Donovan

This chilling collection of ghost stories includes “Rats” by M. R. James, “The Raven” and “Berenice” by Edgar Allan Poe, “The Birthday of the Infanta” by Oscar Wilde, “A Tough Tussle” by Ambrose Bierce, and “The Signalman” by Charles Dickens.

Ambrose Bierce (1842–ca. 1914) was an American journalist, short-story writer, and poet. Born in Ohio, he served in the Civil War and then settled in San Francisco. He wrote for Hearst’s Examiner, his wit and satire making him the literary dictator of the Pacific coast and strongly influencing many writers. He disappeared into war-torn Mexico in 1913.