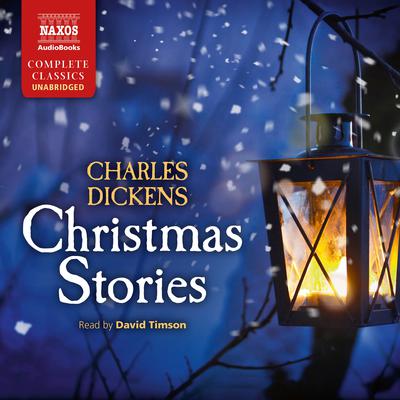 Charles Dickens was a major contributor to the romantic revival of Christmas traditions that occurred in the Victorian era. With their heart, humor and good morals, Dickens’ Christmas stories have made the author’s name synonymous with the season.

Here we present four charming novellas to complete his series that began with A Christmas Carol,” with echoes of sleigh bells throughout. The stories include “The Chimes,” “The Cricket on the Hearth,” “The Battle of Life,” and “The Haunted Man,” the perfect companion for the yearly celebrations.

David Timson has directed, produced, and narrated a great number of Naxos audiobook recordings and is an authority on Dickens in particular. He has earned numerous AudioFile Earphones Awards for narration.

“Dickens’ four Christmas-themed novellas display the author’s strengths and weaknesses; David Timson enhances the strengths and strengthens the weaknesses, such as sentimentality and overplayed emotions. When Dickens is excessive, Timson is too, but he manages to carry it off. He alone is an entire cast…He not only provides varied and excellent voices, but he also matches voice to character with intelligence and discernment, always seeming to provide the perfect voice for any particular character. His narration is consistently genial and smart but varies sensitively with the text—sober, amused, merry. These minor works won’t please everyone, but those who appreciate them may find listening to Timson more entertaining than reading. Winner of the AudioFile Earphones Award.” —AudioFile