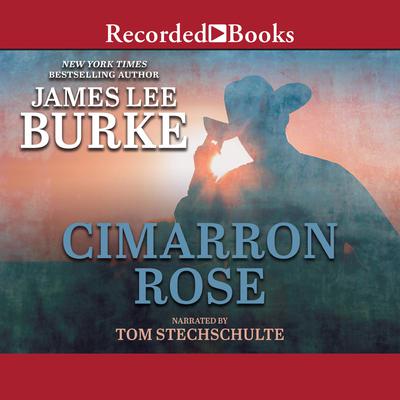 James Lee Burke, best-selling author of the Louisiana-based Dave Robicheaux crime fiction series, now begins a new series with a new landscape. In Cimarron Rose, Burke brings his talent for lyrical writing and hard-edged suspense to the American West. Billy Bob Holland is a lawyer for the people of sunbaked Deaf Smith, in southern Texas. Although occasionally he is haunted by memories of a violent past, his life is serene-until a local guitarist, Lucas Smothers, lands in jail for raping and murdering a young woman. As Billy Bob gathers information to defend him, the evidence soon points to the son of a wealthy local businessman. In the ensuing battle, money is pitted against the law. But a deeper struggle also arises, for Lucas is Billy Bob's illegitimate son. Through Tom Stechschulte's compelling narration, you'll climb into Billy Bob's Avalon and thread through the neon-lit streets and crowded bars near the Mexican border. James Lee Burke's vivid characters are aswirl in a world that will linger deep in your mind, like a crimson sunset in the western sky.

James Lee Burke, a rare winner of two Edgar Awards and named Grand Master by the Mystery Writers of America, is the author of more than thirty novels and two collections of short stories, including numerous New York Times bestsellers. His novel The Lost-Get Back Boogie was nominated for a Pulitzer Prize, and two of his books, Heaven’s Prisoners and Two for Texas, have been made into motion pictures.