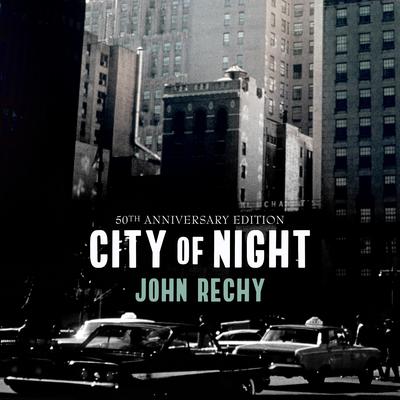 When John Rechy's explosive first novel appeared in 1963, it marked a radical departure in fiction, and gave voice to a subculture that had never before been revealed with such acuity. It earned comparisons to Genet and Kerouac, even as Rechy was personally attacked by scandalized reviewers. Nevertheless, the book became an international bestseller, and fifty years later, it has become a classic. Bold and inventive in style, Rechy is unflinching in his portrayal of one hustling "youngman" and his search for self-knowledge within the neon-lit world of hustlers, drag queens, and the denizens of their world, as he moves from El Paso to Times Square, from Pershing Square to the French Quarter. Rechy's portrait of the edges of America has lost none of its power to move and exhilarate.

“It is the honesty about his narcissism, his depression, and his sexual promiscuity that lifts Rechy’s writing to art. Like so many books, City got attention because of the sex, but it’s really about the soul.” —Los Angeles Times
“An American classic, with its loner hero, its juke joints and neon signs, its restless shifting from city to city . . . a hybrid of On the Road and Catcher in the Rye.” —Independent on Sunday (London)

John Rechy, a first-generation Mexican American who has chronicled gay life in America, received the Robert Kirsch Award for lifetime achievement in 2018. He is the author of twelve novels, among them the New York Times bestseller Numbers, the Los Angeles Times bestsellers Rushes and The Coming of the Night, as well as The Miraculous Day of Amalia Gómez and two nonfiction books. He has received many awards, including PEN Center USA’s Lifetime Achievement Award and the William Whitehead Award for Lifetime Achievement.