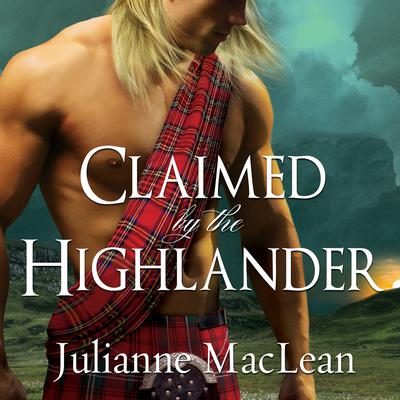 Claimed by the Highlander

With his tawny mane, battle-hewn brawn, and ferocious roar, Angus "The Lion" MacDonald is the most fearsome warrior Lady Gwendolen has ever seen—and she is his most glorious conquest. Captured in a surprise attack on her father's castle, Gwendolen is now forced to share her bed with the man who defeated her clan. But, in spite of Angus's overpowering charms, she refuses to surrender her innocence without a fight. With her stunning beauty, bold defiance, and brazen smile, Gwendolen is the most infuriating woman Angus has ever known—and the most intoxicating. Forcing her to become his bride will unite their two clans. But conquering Gwendolen's heart will take all his skills as a lover. Night after night, his touch sets her on fire. Kiss after kiss, his hunger fuels her passion. But, as Gwendolen's body betrays her growing love for Angus, a secret enemy plots to betray them both.

MacLean ensnares [fans] with her powerful writing and emotional love stories, once again crafting a book to cherish. —Kathe Robin

Julianne MacLean is a USA Today bestselling author with degrees in English literature and business administration. Her many books include the American Heiress series and the Pembroke Palace series. She is a three-time RITA finalist and has won numerous awards, including the Booksellers’ Best Award, the Book Buyer’s Best Award, and the Reviewers’ Choice Award from Romantic Times for Best Regency Historical of 2005. She lives in Nova Scotia with her husband and daughter, and she is a dedicated member of Romance Writers of Atlantic Canada.