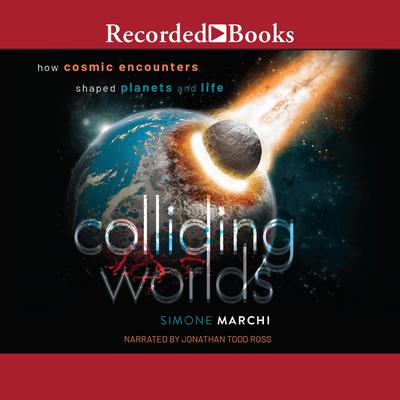 Some 4.6 billion years ago, a planetary system was born from a disc of gas and dust surrounding a young star. Specks of dust, pushed into dense clumps, collided, stuck together, and grew. While the gas disappeared, the growing bodies clashed in a final violent phase, leaving a series of planets, and much debris. The planets jostled and moved around as they sought a stable arrangement, knocking many small fragments out of the system altogether while others formed a distant icy fringe. The massive violent collisions of this time gouged out vast craters from the newborn planets, and sometimes created moons. Such was the birth of our Solar System. Only recently have scientists begun to find subtle clues of these ancient, violent times. Remarkably, they are still there, if we look carefully at the Earth’s oldest rocks, at Mars and the Moon with their ancient surfaces, and at the asteroids, which are themselves startlingly varied small worlds. Clues are also to be found in the meteorites that have landed on Earth. From such splinters, from the precious collection of lunar rocks brought back by the Apollo astronauts, and the information gleaned by spacecraft and the Mars rovers, we are slowly building up a picture of the early days of the planets. Simone Marchi, a planetary scientist involved with several space missions including Dawn, captures the excitement of these discoveries. We learn of the evidence for an early dramatic rearrangement of the big planets; for a once warm and wet Mars where life perhaps still lurks today; and for the huge collisions that have shaped our own planet and affected life’s trajectory upon it. For all their destructive power, cosmic collisions have played a critical role in creation. Without them, we would not exist.

“A fascinating and fresh look at the history of our solar system.” —Carol A. Raymond, Jet Propulsion Laboratory, California Institute of Technology