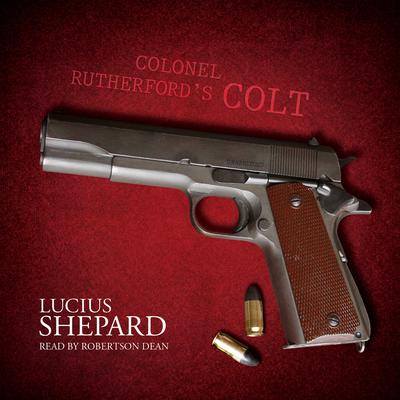 The itinerant gun show draws together many subcultures from the margins of society: survivalists, Aryan brotherhoods, and the team of Rita Whitelaw and Jimmy Roy Guy, dealers in collectible arms. Rita has made Jimmy an exception to her general disdain for whites, for Jimmy’s got a storytelling ability that borders on mystic vision, which he delights in applying to the weapons he acquires. When Jimmy makes an agreement with the widow of white supremacist martyr Bob Champion to broker her husband’s infamous Colt .45, the widow stipulates that he keep it out of the hands of Champion’s disciple, who considers it a powerful talisman for his racist agenda. Jimmy and Rita run afoul of “the Major,” but aren't intimidated by his veiled threats. The gun has launched a story, and when Jimmy begins a story, one way or another, he’s bound to see it through.

“Fiction bleeds into reality in this offbeat bit of Pacific Northwest noir from the versatile Shepard…This short novel showcases his gift for psychologically penetrating character study and supports a historical story-within-the-story as evocative as anything he has written.” —Publishers Weekly