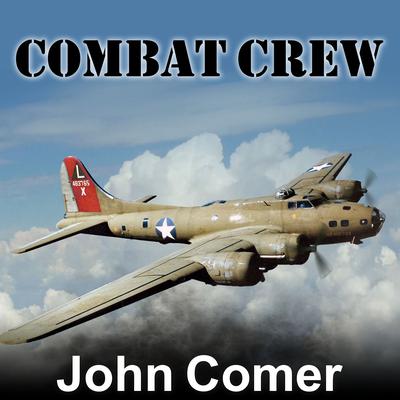 Combat Crew: The Story of 25 Combat Missions Over Europe From the Daily Journal of a B-17 Gunner

John Comer kept a journal of the twenty-five missions he flew in 1943 when the casualty rate on his base was close to 80 percent. His book is handwritten history, recorded within hours after the battles occurred.
Comer vividly creates his experiences as top-turret gunner/flight engineer in a B-17 Squadron that was thrown against the best pilots the Luftwaffe could offer. In 1943 the Army Air Force had no long-range fighters to protect the B-17s as they flew deep into enemy territory.
Immediate, straightforward, and compelling, Combat Crew is a classic of aerial warfare.

John Comer (1910–2005) flew twenty-five combat missions over occupied Europe and Germany in 1943, including the infamous raid on the Schweinfurt ball-bearing plant, referred to as Black Thursday. After completing his tour with the Eighth Air Force, Comer returned to the States and was assigned to train new pilots. He retired in 1974 after a successful career in sales and lived in Dallas, Texas.