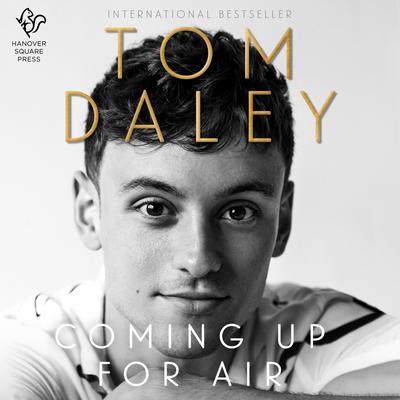 Coming Up for Air: What I Learned from Sport, Fame and Fatherhood

A deeply personal and inspiring memoir from one of the most celebrated and influential names in British sport.

Tom Daley captured the hearts of the nation with his unforgettable medal-winning performance in the London 2012 Olympics. At this year’s Games in Tokyo, he triumphed to win gold and became the most decorated British diver of all time.

In this deeply personal book, Tom explores the experiences that have shaped him and the qualities to which he owes his contentment and success; from the resilience he developed competing at world-class level, to the courage he discovered while reclaiming the narrative around his sexuality, and the perspective that family life has brought him.

Candid and perceptive, Coming Up for Air offers a unique insight into the life and mindset of one our greatest and most-loved athletes.

“An illuminating look at what it takes to be an Olympian…In this story, passion reigns supreme.” —Cosmopolitan
“An emotionally articulate memoir…[and] an intimate insight into the good-hearted and talented young man behind the medals.” —Attitude