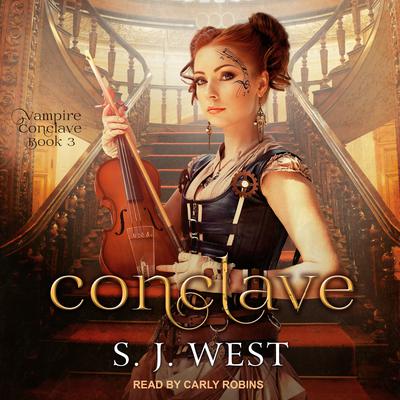 As Sarah and Julian begin to forge ahead with plans for their life together, reality becomes an unwanted visitor, intruding at inopportune times. While they continue to search for the answer to Julian's curse, they realize that the solution may require the combined knowledge of all the vampires. In order to warn the others about the mysterious woman in Destin, an early conclave is organized, giving Julian the opportunity to tell them the information he's been able to gather so far and to ask them for their help. However, gaining the willing cooperation of the most bloodthirsty among them won’t be an easy feat.

Sarah's loyalty to the alfar deepens as she become more entangled in their political and personal affairs. Unexpected connections arise between Julian's earthly past and Sarah's future with the alfar, bringing them one step closer to understanding the origins of his curse, but generating more problems for them to solve. As the past meets the present, Sarah begins to realize that family secrets can run deep, forging feelings of betrayal that can lead straight to catastrophe.