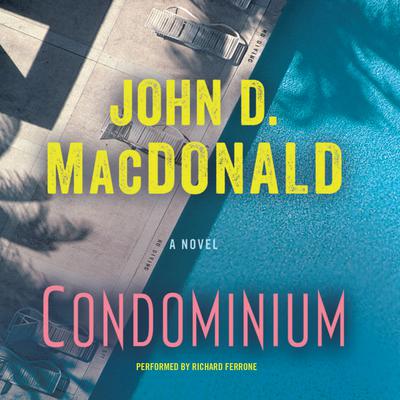 A classic novel by John D. MacDonald with an exclusive introduction written and read by Dean Koontz.

Welcome to Golden Sands, the dream condominium built on a weak foundation and a thousand dirty secrets. Here is a panoramic look at the shocking facts of life in a Sun Belt community—the real estate swindles and political payoffs, the maintenance charges that run up and the health benefits that run out…the crackups and marital breakdowns…the disaster that awaits those who play in the path of the hurricane….

John Dann MacDonald was an American writer of novels and short stories, known for his thrillers. He was a prolific author of crime and suspense novels, many of them set in his adopted home of Florida. His best-known works include the popular and critically acclaimed Travis McGee series, and his novel The Executioners, which was filmed twice as Cape Fear. In 1972, MacDonald was named a grandmaster of the Mystery Writers of America, and he won a 1980 U.S. National Book Award in the one-year category Mystery.