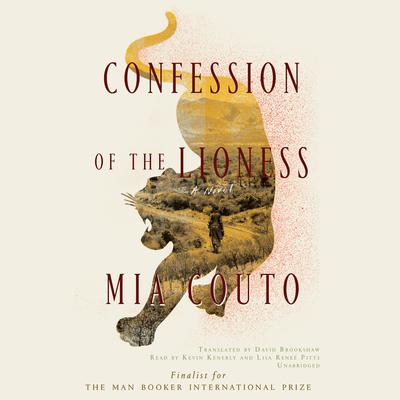 Confession of the Lioness

An Amazon Best Book of the Month for July 2015

A Los Angeles Times Favorite of Fiction Reads for Summer

A Boston Globe Pick of Books to Read This Summer

Told through two haunting, interwoven diaries, Mia Couto’s Confession of the Lioness reveals the mysterious world of Kulumani, a village whose traditions are threatened when ghost-like lionesses begin hunting the women who live there.

Mariamar, a woman whose sister was killed in a lioness attack, finds her life thrown into chaos when the outsider Archangel Bullseye, the marksman hired to kill the lionesses, arrives at the request of the village elders. Mariamar’s father imprisons her in her home, where she relives painful memories of past abuse and hopes to be rescued by Archangel. Meanwhile, Archangel tracks the lionesses in the wilderness, but when he begins to suspect there is more to them than meets the eye, he starts to lose control of his hands. The hunt grows more dangerous, until it’s no safer inside Kulumani than outside it. As the men of Kulumani feel increasingly threatened by the outsider, the forces of modernity upon their traditional culture, and the danger of their animal predators closing in, it becomes clear the lionesses might not be real lionesses at all but spirits conjured by the ancient witchcraft of the women themselves.

Both a riveting mystery and a poignant examination of women’s oppression, Confession of the Lioness explores the confrontation between the modern world and ancient traditions to produce an atmospheric, gripping novel.

“It’s an old-fashioned tale whose earthy wisdom and shimmering magic will make you want to discover more of Couto’s work.” —Vanity Fair
“Masterfully wrought…Confession of the Lioness sings with the musical nuance of a poem.” —Los Angeles Times
“Couto’s work doesn’t so much blur the generic and stylistic boundaries we normally draw as explode them…Confession of the Lioness reads as a parable of human savagery and its consequences. It shows how humans might transform, literally and metaphorically, into animals; how violence, once committed, takes on an independent and inexorable life.” —Boston Globe
“Inspired by real events experienced by prolific author Couto, this lyrical novel is about the many facets of fear that haunt the people in the tiny village of Kulumani, deep in the bush of Mozambique…Couto weaves a surreal mystery of humanity against nature, men against women, and tradition against modernity.” —Publishers Weekly
“Couto, winner of the 2014 Neustadt International Prize for Literature, is known for his poetical writing style. Here he must share kudos with Brookshaw, whose translation beautifully captures the lyricism of this strange and disconcerting novel.” —Library Journal
“A rich tale in which the spirit world is made real, animals are controlled by people, and dead ancestors are feared for their power to destroy cities. Couto also manages to explore the clash of disparate belief systems—tribal, Islam, Christian—in postcolonial Africa and deftly weaves in a critique of the embedded patriarchy…A haunting, ethereal flight of magical realism.” —Kirkus Reviews
“One of the richest and most important authors in Africa.” —Henning Mankell, praise for the author

Mia Couto, born in Beira, Mozambique, is one of the most prominent writers in Portuguese-speaking Africa. After studying medicine and biology in Maputo, he worked as a journalist and headed several Mozambican national newspapers and magazines. Couto has been awarded several important literary prizes, including the 2014 Neustadt International Prize for Literature, the Premio Camões (the most prestigious Portuguese-language award), the Prémio Vergílio Ferreira, the Prémio União Latina de Literaturas Românicas, and he is a finalist for the 2015 Man Booker International Prize. He lives in Maputo, where he works as a biologist.