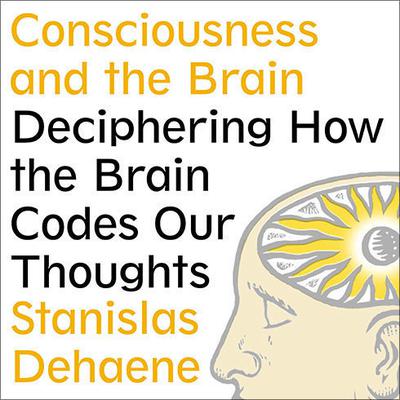 Consciousness and the Brain: Deciphering How the Brain Codes Our Thoughts

How does the brain generate a conscious thought? And why does so much of our knowledge remain unconscious? Thanks to clever psychological and brain-imaging experiments, scientists are closer to cracking this mystery than ever before. In this lively book, Stanislas Dehaene describes the pioneering work his lab and the labs of other cognitive neuroscientists worldwide have accomplished in defining, testing, and explaining the brain events behind a conscious state. We can now pin down the neurons that fire when a person reports becoming aware of a piece of information and understand the crucial role unconscious computations play in how we make decisions. The emerging theory enables a test of consciousness in animals, babies, and those with severe brain injuries. A joyous exploration of the mind and its thrilling complexities, Consciousness and the Brain will excite anyone who is interested in cutting-edge science and technology and the vast philosophical, personal, and ethical implications of finally quantifying consciousness.

This book's spunky writing and popular topic should have made transforming it into an appealing audio an easy proposition. But David Drummond's repetitive tonal patterns give the production a flat quality that falls short of making this title the "joyous exploration of the mind" that the publisher claims it to be. Drummond's phrasing is always clear, but he repeats the same pitch sequences again and again. However, the author's boyish enthusiasm for this kind of psychological inquiry saves the production and helps it deliver a stirring look at how today's scientists are parsing the experience of being conscious. T.W. —

Stanislas Dehaene is one of Europe’s leading neuroscientists, and has been studying how education changes our brains for over thirty years. He is professor of Experimental Cognitive Psychology at the Collège de France, and director of the NeuroSpin brain imaging in Saclay. He is a member of seven academies and has received several international prizes, including the highest award in neuroscience, the Brain Prize. Dehaene’s previous books, which have been translated into fifteen languages, include Consciousness and the Brain, Reading in the Brain, and The Number Sense.