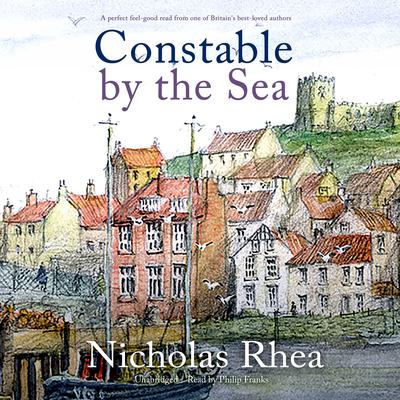 Constable by the Sea

Constable Nick’s off to the seaside

During a break from his usual village beat, young Police Constable Nick finds himself involved with holidaymakers and their problems. As well as the normal seaside duties, how does he cope with a man who’s lost his false teeth in the sea and another who wants to give away thousands of pounds when drunk?

Then there’s the stray Labrador that thinks he’s a police dog and accompanies police officers on night patrols, and the anxious fisherman who daren’t tell his wife that he owns a racehorse. These and a galaxy of other delightful characters are encountered by our rural bobby in his new environment, though Constable Nick wishes he could be home with his wife and small children.

Nicholas Rhea (1936–2017) began to writing in the late 1950s after years of casual interest, having his first short story published in the Police Review. Continuing to rise through the ranks at the region’s Police Headquarters in Northallerton, he published his first novel, Carnaby and the Hijackers, in 1976. He is primarily known for his Constable series, inspired by his many years of police service. He retired in 1982 to concentrate on his writing, encouraged by an interest in his Constable books from Yorkshire Television. This was to become the highly popular Heartbeat series, which ran for eighteen seasons and over 350 episodes.