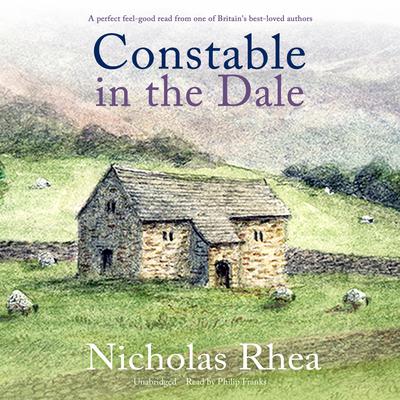 Constable in the Dale

Constable Nick patrols his rural Yorkshire beat on foot or on his trusty Francis Barnett motorcycle. But as beautiful as the villages are, they conceal real human drama.

Nick is on hand to help out when Aidensfield decides to enter the Best Kept Village competition and finds itself the victim of a dirty tricks campaign by its rivals.

Then there is the mystery of the spontaneously combusting hen-house, and Nick has to cope with the consequences when the vicar tries a novel way of keeping the churchyard tidy.

Nicholas Rhea (1936–2017) began to writing in the late 1950s after years of casual interest, having his first short story published in the Police Review. Continuing to rise through the ranks at the region’s Police Headquarters in Northallerton, he published his first novel, Carnaby and the Hijackers, in 1976. He is primarily known for his Constable series, inspired by his many years of police service. He retired in 1982 to concentrate on his writing, encouraged by an interest in his Constable books from Yorkshire Television. This was to become the highly popular Heartbeat series, which ran for eighteen seasons and over 350 episodes.