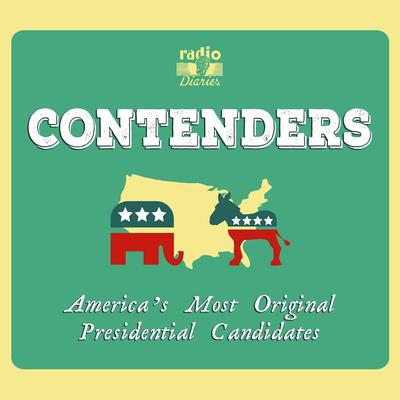 The arduous, often unpredictable journey to the U.S. presidency has attracted some of the most unique characters in history.  With “unusual” presidential candidates grabbing headlines for the foreseeable future, Contenders shines a welcome spotlight on individuals that felt inspired to offer their uncommon perspectives and special talents to lead the nation. From heartbreaking near-misses (Stevenson, Bryan) and historic firsts (Woodhull, Chisolm, Smith), to campaigns that never stood a chance (Allen), Contenders provides fascinating insights into the American political process, along with unforgettable tales of the individuals we've met along the way. Featuring:

Joe Richman is an award-winning producer and reporter. He is also the founder and executive producer of Radio Diaries, and he teaches radio documentary at Columbia University’s Graduate School of Journalism. He lives in New York.