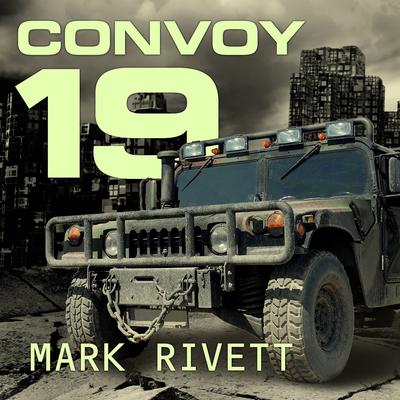 Faced with an overwhelming infestation of living dead on the U.S. mainland, the U.S. Pacific Fleet manages a strategic withdrawal of civilians and supplies. Aboard the USS Ronald Reagan, Dr. Henry Damico advises the remnants of the civilian government and military leadership on how to survive in a world overrun with zombies. Meanwhile, Henry's wife, Kelly, has spent the apocalypse on the front lines caring for desperate civilians in a clinic defended by the military. When the military network of convoys tasked with retrieving refugees scattered throughout the city begins to break down, Sergeant First Class Carl Harvey must lead the last convoy into San Diego, and the odds are clearly not in his favor . . .

Steven R. Thorn is the narrator and he does a splendid job of it. He brings the characters to life and adds to the telling. A wonderful narrator. —AudioBook Reviewer

Mark Rivett grew up in Frankenmuth, Michigan—the home of the world’s largest Christmas store. At the age of eighteen he moved to Pennsylvania to pursue several degrees in art and technology. Mark’s professional career has included four years as a multimedia instructor and six years as a web developer, and he currently works as an interface designer.