If you have the symptoms, you should immediately contact your medical doctor. It is important to seek medical treatment immediately to protect yourself, your family, and your community. For most people, the coronavirus will not be any more dangerous than the flu. This book will help millions of people protect themselves from the coronavirus and reduce their risk. 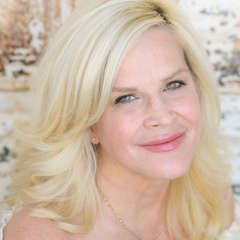 Kimberly Meredith is a medical medium, trance channeler, psychic surgeon, hands-on healer, and spiritual teacher. She channels messages through her eyes’ blinking codes as a tool of communication from God, Mother Mary, ascended masters, and angels. After Kimberly’s near-death experience, she underwent numerous tests, including with the PsyTek Subtle Energy Laboratory Research Facility, the Institute of Noetic Sciences, and with Dr. Norm C Shealy, and the results confirmed her ability to emit scalar energy, even through walls. Kimberly has been featured in numerous major publications, and is hosting her own nationally syndicated radio show called The Medical Intuitive Miracle Show. Kimberly Meredith bridges the gap between God and science.