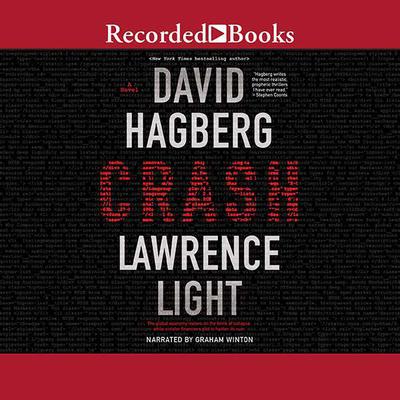 The second Great Depression is coming. The worlds economies are groaning under too much debt. If one thing goes wrong, the entire rickety system collapses. Now, acclaimed award-winning New York Times bestselling novelist David Hagberg and renowned financial reporter Lawrence Light have combined forces to dramatize?hour by hour?how this all-too-real catastrophe could go down in Crash. With debt-burdened governments and businesses worldwide about to go bust, a cabal of Wall Street big shots plot to destroy the globes stock exchanges. To provide that one thing that goes wrong. In 24 hours, a powerful computer worm will smash the exchanges and spark an international panic, pushing a debt-laden world into the abyss. The Wall Street gangs investment bank will be the last one standing, able to make a killing amid the ruins. But one person, who works for their bank as a computer expert, spots the worm embedded deep in its network. Cassy Levin invents a program to destroy the cyber-intruder. Angered by Cassys discovery, her bosses order her kidnapping. Her boyfriend, a former Navy SEAL, is alarmed at Cassys disappearance and unravels the plot. Ben Whalen only has until the next morning to save the woman he loves and prevent the economic apocalypse. This story is based on the genuine threat posed by towering debt, which will make the 2008 financial crisis look puny.

David Hagberg is a former Air Force cryptographer who has traveled extensively in Europe, the Arctic, and the Caribbean. He has published more than twenty novels of suspense, including the bestselling Allah’s Scorpion, Dance with the Dragon, and The Expediter. He makes his home in Sarasota, Florida.