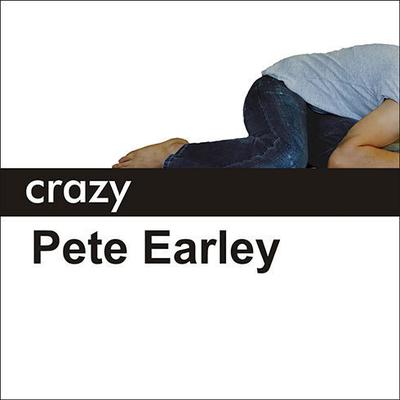 Finalist for the 2007 Pulitzer Prize for General Nonfiction

Pete Earley had no idea. He'd been a journalist for over thirty years, and the author of several award-winning—even bestselling—nonfiction books about crime and punishment and society. Yet he'd always been on the outside looking in. He had no idea what it was like to be on the inside looking out until his son, Mike, was declared mentally ill, and Earley was thrown headlong into the maze of contradictions, disparities, and catch-22s that is America's mental health system. The more Earley dug, the more he uncovered the bigger picture: Our nation's prisons have become our new mental hospitals. Crazy tells two stories. The first is his son's. The second describes what Earley learned during a yearlong investigation inside the Miami-Dade County jail, where he was given complete, unrestricted access. There, and in the surrounding community, he shadowed inmates and patients; interviewed correctional officers, public defenders, prosecutors, judges, mental-health professionals, and the police; talked with parents, siblings, and spouses; consulted historians, civil rights lawyers, and legislators. The result is both a remarkable piece of investigative journalism, and a wake-up call—a portrait that could serve as a snapshot of any community in America.

“Parents of the mentally ill should find solace and food for thought in its pages.” —Publishers Weekly

Pete Earley, a former reporter for the Washington Post, is the author of several works of nonfiction, including the bestsellers The Hot House and Family of Spies, and the multi-award-winning Circumstantial Evidence. According to Washingtonian magazine, he is one of ten journalist/authors in America “who have the power to introduce new ideas and give them currency.” Earley is also the author of three New York Times bestsellers and a finalist for the Pulitzer Prize.