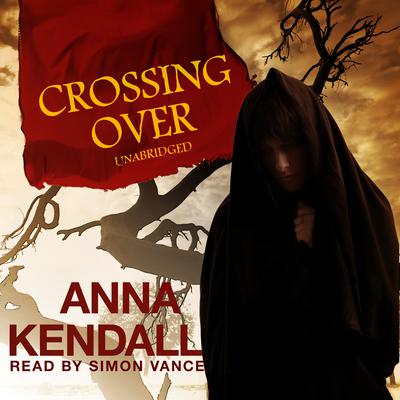 Whether it’s a curse, or a blessing, or an ability, the fact remains that whenever Roger is injured or in enough pain he crosses over to the land of the dead. Once there, there are rules. Only the newly dead will talk, for example, and nothing will raise the longer dead from their tranquility. There are rules in the land of the living as well, rules which would have Roger hanged for witchcraft if he was ever caught. But refusing to cross over isn’t an option. His uncle depends on Roger to hide under the table in their fairground act, listen to the recently bereaved asking questions of their dear departed, and then cross over to find the answers. It’s a hard way of life, made all the harder as his uncle’s fists usually provide the trigger for Roger to cross over. It’s not the only way of life, though, and when Roger sees a chance to escape he fights for it—little knowing that love, loss, shocking revelations and, ultimately, war lie ahead of him.

“An atmospheric depiction of her hero’s journey and freshly imagined vision of the afterlife should resonate with gothic fantasy fans.” —Publishers Weekly
“Kendall’s debut novel is an atmospheric coming-of-age tale that weaves ill-fated courtly love with Roger’s difficult journey to understand the world.” —Booklist

Anna Kendall was born in Ireland and immigrated with her parents to the United States at age twelve. For several years she taught fourth grade. She lives in Seattle, where she plays a lot of chess.