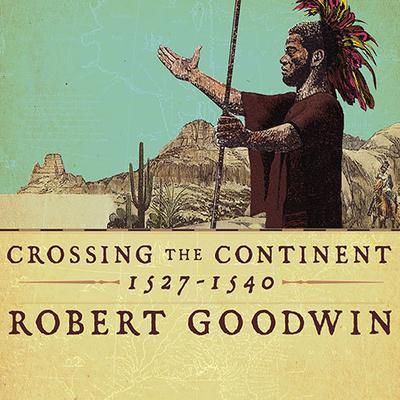 Crossing the Continent 1527-1540: The Story of the First African American Explorer of the American South

Nearly two centuries before Meriwether Lewis and William Clark began their epic trek to the Pacific coast, a group of three Spanish noblemen and an African survived shipwreck, famine, Indian attack, and disease to make the first crossing of North America in recorded history. Drawing on contemporary accounts and long-lost records, Robert Goodwin tells the amazing story of their odyssey through the American South. Goodwin's groundbreaking research in original Spanish archives has led him to a radical new interpretation of American history—one in which an African slave named Esteban emerges as the nation's first great explorer and adventurer. Esteban (1500–1539) is the first man born in Africa to die in North America about whom anything is known. The first African American with a name, he was also the first great pioneer from the Old World to explore the entirety of the American South with his three companions. In a feat of historical research, Goodwin takes us on an incredible adventure from Africa to Europe to America, filled with physical endurance, natural calamities, cannibalism, witchcraft, miraculous shamanism, and divine intervention—challenging the traditional history of the nation's discovery and placing Esteban at the heart of our historical record.

Goodwin succeeds in lifting an important historical figure out of the fog of myth. —The Washington Post

Robert Goodwin is a visiting research fellow at King’s College in London and the author of Crossing the Continent 1527–1540: The Story of the First African American Explorer of the American South.