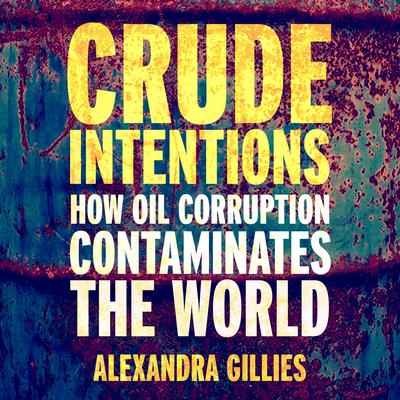 Billions of dollars stolen from citizens are circling the globe, enriching powerful individuals, altering political outcomes, and disadvantaging everyday people. News headlines provide glimpses of how this corruption works and why it matters: President Trump's businesses struck deals with oligarchs and sold property to secretive shell companies; the Panama Papers leak triggered investigations in seventy-nine countries; and, corruption scandals toppled heads of state in Brazil, South Africa, and South Korea. But how do these pieces fit together? And if the corruption is so vast and so tied up with powerful interests, how do we begin to fight back?

To find answers, Crude Intentions examines the corruption crisis that erupted during the recent oil boom. From 2008 to 2014, oil prices shot through the roof. Motivated by more than nine trillion dollars in new oil money, corruption followed apace. Examining the oil boom is like placing a drop of dye in the circulatory system of global corruption, and watching as it reveals the system's channels and pathways.

Drawing on information exposed by intrepid journalists, prosecutors, and whistle blowers, Crude Intentions tells jaw-dropping stories of corruption and asks what we can learn from them.