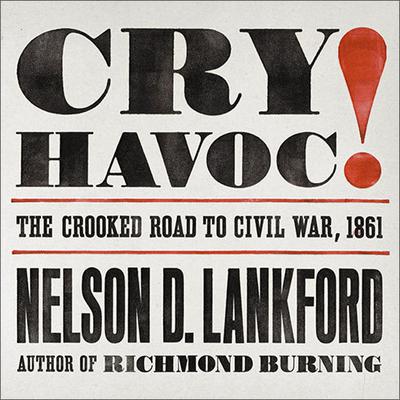 In early March 1861, civil war loomed. By late April, Americans had begun to kill their fellow citizens. Cry Havoc! recounts in riveting detail the events that divided the states and reveals how quirks of timing, character, and place all conspired to transform the nation into a battlefield. Nelson Lankford, author of Richmond Burning, chronicles the eight critical weeks that began with Lincoln's inauguration through the explosion at Fort Sumter and the president's fateful response to it. Before Fort Sumpter, the balance could have tipped in favor of a peaceful resolution. But the groundswell of patriotic fervor that followed convulsed the political and military landscape in ways unimaginable just weeks before. This book addresses the many might-have-beens, both familiar and lesser known. What if Lincoln had shown restraint over Fort Sumter? What if he had delayed the proclaimation calling for troops? Could wavering unionists in the upper South have held the line? A must-read for all who wish to understand the birth of the modern United States of America, Cry Havoc! probes the fateful series of events and analyzes each of the failed possibilities that hindsight affords. "Might-have-beens haunt this absorbing study of the opening act of the Civil War."—Publishers Weekly

“Disturbs the time-honored march of history with a series of provocative what-ifs.” —New York Times Book Review
“Might-have-beens haunt this absorbing study of the opening act of the Civil War.…dramatic account of how the nation’s confusion and anxiety finally gelled into clear-cut lines of battle.” —Publishers Weekly
“Captures the drama and complexity of this volatile period [and] reminds readers that…events could have taken a different path. Anyone interested in the background of our greatest national crisis will find Cry Havoc! hugely rewarding.” —Gary W. Gallagher, author of The Confederate War

Nelson Lankford is assistant director for Publications and Education at the Virginia Historical Society. He holds a PhD in history from Indiana University.