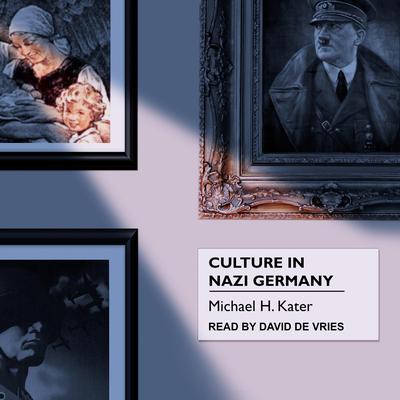 A fresh and insightful history of how the German arts-and-letters scene was transformed under the Nazis.

Culture was integral to the smooth running of the Third Reich. In the years preceding WWII, a wide variety of artistic forms were used to instill a Nazi ideology in the German people and to manipulate the public perception of Hitler's enemies. During the war, the arts were closely tied to the propaganda machine that promoted the cause of Germany's military campaigns.

Michael H. Kater's engaging and deeply researched account of artistic culture within Nazi Germany considers how the German arts-and-letters scene was transformed when the Nazis came to power. With a broad purview that ranges widely across music, literature, film, theater, the press, and visual arts, Kater details the struggle between creative autonomy and political control as he looks at what became of German artists and their work both during and subsequent to Nazi rule.

There is no greater authority on the culture of the Nazi period than Michael Kater, and his latest, most ambitious work gives a comprehensive overview of a dismally complex history, astonishing in its breadth of knowledge and acute in its critical perceptions. —Alex Ross, author of The Rest is Noise