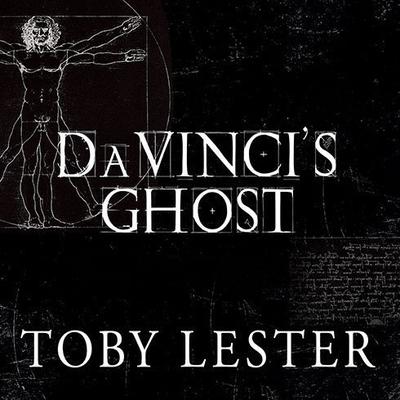 Da Vinci's Ghost: Genius, Obsession, and How Leonardo Created the World in His Own Image

Everybody knows the picture: a man, meticulously rendered by Leonardo da Vinci, standing with arms and legs outstretched in a circle and a square. Deployed today to celebrate subjects as various as the grandeur of art, the beauty of the human form, and the universality of the human spirit, the drawing turns up just about everywhere: in books, on coffee cups, on corporate logos, even on spacecraft. It has, in short, become the world's most famous cultural icon—and yet almost nobody knows about the epic intellectual journeys that led to its creation. In this modest drawing that would one day paper the world, da Vinci attempted nothing less than to calibrate the harmonies of the universe and understand the central role man played in the cosmos. Journalist and storyteller Toby Lester brings Vitruvian Man to life, resurrecting the ghost of an unknown Leonardo. Populated by a colorful cast of characters, including Brunelleschi of the famous Dome, Da Vinci's Ghost opens up a surprising window onto the artist and philosopher himself and the tumultuous intellectual and cultural transformations he bridged. With sparkling prose, Lester captures the brief but momentous time in the history of western thought when the Middle Ages gave way to the Renaissance, art and science and philosophy converged as one, and all seemed to hold out the promise that a single human mind, if properly harnessed, could grasp the nature of everything.

Lester braids intellectual threads---philosophy, anatomy, architecture, and art---together in a way that reaffirms not only Leonardo's genius but also re-establishes the significance of historical context in understanding great works of art. —Publishers Weekly Starred Review

Toby Lester is the author of The Fourth Part of the World and a contributing editor to The Atlantic. A former Peace Corps volunteer and United Nations observer, he lives in the Boston area with his wife and three daughters. His work has also appeared on the radio program This American Life.