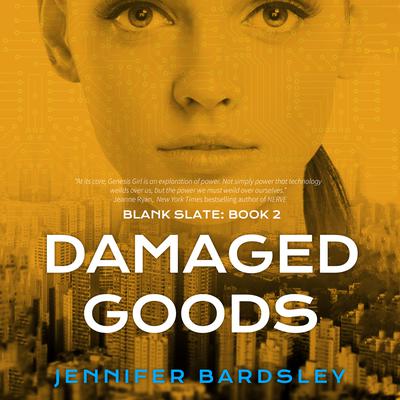 Blanca has everything she ever wanted: a hot boyfriend named Seth and the loving support of her foster father, Cal. She’s finally escaped the abusive control of her birth father, Barbelo Nemo, and her tortured childhood at Tabula Rasa School.

But the scars of Blanca’s Vestal upbringing run deep, especially when the FBI start asking questions. Blanca feels abandoned by Seth, who is hunting for Lilith, Blanca’s only blood relative. The Defectos, a support group of Vestal rejects, offer Blanca comfort instead.

While the Vestal order crumbles, Chinese rivals called the Guardians rise to power and wrest control of important Tabula Rasa contacts. Now Blanca’s life is in peril once more, and this time Blanca struggles to recognize friend from foe.

Jennifer Bardsley is known online as “The YA Gal” with over 20,000 followers on Facebook. She hosts the weekly instant book club called #TakeALookTuesday where YA Gal friends geek out, share pictures of what they are reading, and chat about books. A long-time resident of Edmonds, Washington, Jennifer writes the column “I Brake for Moms” for the Everett Daily Herald.