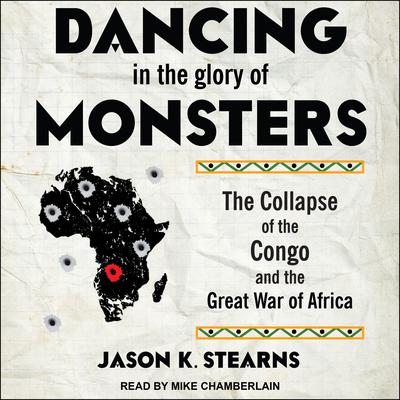 Dancing in the Glory of Monsters: The Collapse of the Congo and the Great War of Africa

At the heart of Africa is Congo, a country the size of Western Europe, bordering nine other nations, that since 1996 has been wracked by a brutal and unstaunchable war in which millions have died. And yet, despite its epic proportions, it has received little sustained media attention.

In this deeply reported book, Jason K. Stearns vividly tells the story of this misunderstood conflict through the experiences of those who engineered and perpetrated it. He depicts village pastors who survived massacres, the child soldier assassin of President Kabila, a female Hutu activist who relives the hunting and methodical extermination of fellow refugees, and key architects of the war that became as great a disaster as—and was a direct consequence of—the genocide in neighboring Rwanda. Through their stories, he tries to understand why such mass violence made sense, and why stability has been so elusive.

Through their voices, and an astonishing wealth of knowledge and research, Stearns chronicles the political, social, and moral decay of the Congolese State.

Covering the devastating effects of these deadly contests on the Congolese infrastructure, Congolese institutions, and people's lives, Stearns informatively reports on affairs for students of African politics. —Booklist

Jason Stearns has been working on the Democratic Republic of the Congo since 2001. He has worked for Héritiers de la Justice, the United Nations peacekeeping mission and as a senior analyst for the International Crisis Group. In 2008, he led a United Nations investigation on conflict in the east of the country. He is currently managing a research project for the Rift Valley Institute on Congolese armed groups, the Usalama Project.

His articles and opinion pieces have appeared in the Financial Times, The Economist, Africa Confidential, the Wall Street Journal and the Washington Post.