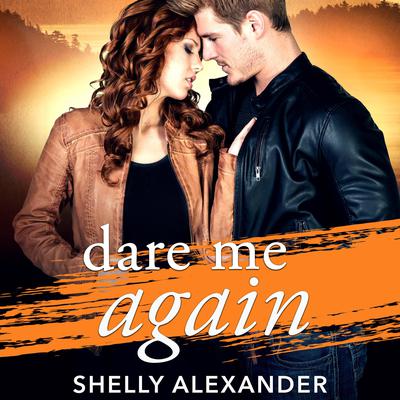 Hot-wired and restless, financial wizard Elliott Remington doesn’t turn down a dare. This time it’s to coordinate a service-dog boot camp for veterans at his family’s resort. Success means a one-way ticket to the West Coast to pursue his dream career. But it comes with a hitch: teaming up with his ex, who vanished on him ten years ago with nothing more than a kiss-off note.

As fiery as her hair and as stubborn as her name, Rebel Tate did what she had to do—for Elliott’s sake and her own. A dog whisperer with a keen sense of survival, she’s lived a tough life. Here she is, back in Angel Fire Falls, doing what she loves, next to a man she’s never forgotten. While the flame between them still smolders, neither is ready to get burned.

For Elliott, trusting Rebel is a gamble. For Rebel, sharing the secrets that sent her running is a risk. Now, while finishing a job that could define both their futures, two hearts are about to collide—and a second chance at true romance could be the greatest dare of all.

Shelly Alexander, a 2014 Golden Heart finalist, grew up traveling the world, earned a bachelor’s degree in marketing, and worked in the business world for twenty-five years. With four older brothers, she watched every Star Trek episode ever made, joined the softball team instead of ballet class, and played with GI Joes while the Barbie Corvette stayed tucked in her closet. When she had three sons of her own, she decided to escape her male-dominated world by reading romance novels and has been hooked ever since. Now, she spends her days writing steamy contemporary romances while tending to an obstinate English bulldog named Lola.