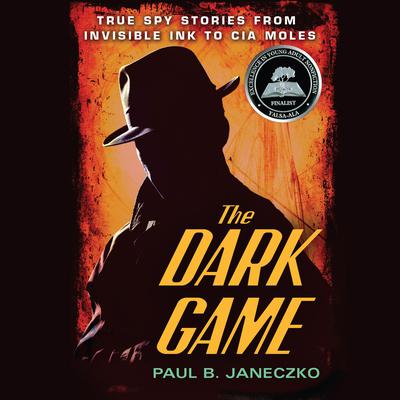 Finalist for the YALSA Award for Excellence in Nonfiction for Young Adults! From clothesline codes to surveillance satellites and cyber espionage, Paul B. Janeczko uncovers two centuries’ worth of true spy stories in U.S. history. (Ages 12 and up)

Ever since George Washington used them to help topple the British, spies and their networks have helped and hurt America at key moments in history. In this fascinating collection, Paul B. Janeczko probes such stories as that of Elizabeth Van Lew, an aristocrat whose hatred of slavery drove her to be one of the most successful spies in the Civil War; the "Choctaw code talkers," Native Americans who were instrumental in sending secret messages during World War I; the staggering engineering behind a Cold War tunnel into East Berlin to tap Soviet phones (only to be compromised by a Soviet mole); and many more famous and less-known examples. Colorful personalities, daring missions, the feats of the loyal, and the damage of traitors are interspersed with a look at the technological advances that continue to change the rules of gathering intelligence.