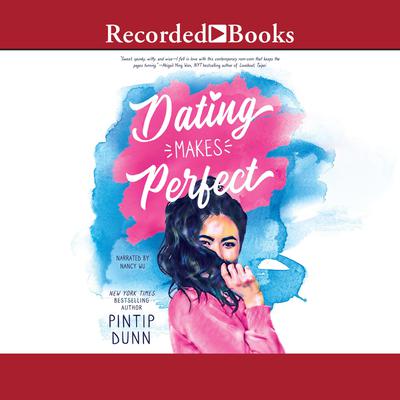 The Tech sisters dont date in high school. Not because theyre not asked. Not because theyre not interested. Not even because no one can pronounce their long, Thai last namehence the shortened, awkward moniker. But simply because theyre not allowed. Until now. In a move that other Asian American girls know all too well, six months after the older Tech twins got to college, their parents asked, Why arent you engaged yet? The sisters retaliated by vowing that they wont marry for ten (maybe even twenty!) years, not until theyve had lots of the dating practice that they didnt get in high school. In a shocking war on the status quo, her parents now insist that their youngest daughter, Orrawin (aka Winnie), must practice fake dating in high school. Under their watchful eyes, of courseand organized based on their favorite rom-coms. Cause that wont end in disaster. The first candidate? The son of their longtime friends, Mat Songsomboonarrogant, infuriating, and way too good-looking. Winnies known him since they were toddlers throwing sticky rice balls at each other. And her parents love him. If only he werent her sworn enemy.

Pintip Dunn is a New York Times bestselling author of young adult fiction. She graduated from Harvard University, magna cum laude, with an A.B., and received her J.D. at Yale Law School. Her novel Forget Tomorrow won the 2016 RWA RITA® for Best First Book, and Seize Today won the 2018 RITA for Best Young Adult Romance. Her books have been translated into four languages, and they have been nominated for the following awards: the Grand Prix del’Imaginaire; the Japanese Sakura Medal; the MASL Truman Award; the TomeSociety It list; and the Romantic Times Reviewers’ Choice Award. Her other titles include Remember Yesterday, The Darkest Lie, Girl on the Verge, Star-Crossed, and Malice.