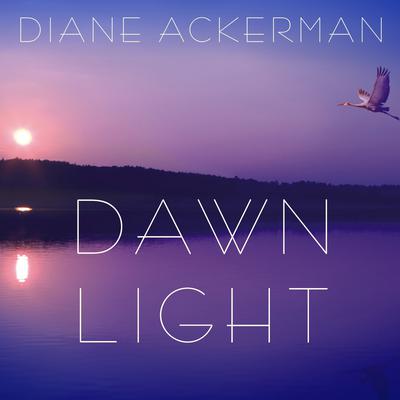 Dawn Light: Dancing with Cranes and Other Ways to Start the Day

In an eye-opening sequence of personal meditations through the cycle of seasons, Diane Ackerman awakens us to the world at dawn—drawing on sources as diverse as meteorology, world religion, etymology, art history, poetry, organic farming, and beekeeping. As a patient and learned observer of animal and human physiology and behavior, she introduces us to varieties of bird music and other signs of avian intelligence, while she herself "migrates" from winter in Florida to spring, summer, and fall in upstate New York. Humans might luxuriate in the idea of being "in" nature, Ackerman points out, but we often forget that we are nature—for "no facet of nature is as unlikely as we, the tiny bipeds with the giant dreams." Joining science's devotion to detail with religion's appreciation of the sublime, Dawn Light is an impassioned celebration of the miracles of evolution—especially human consciousness of our numbered days on a turning earth.

It's easy to live in the moment when you're immersed in Ackerman's glorious prose, studded with arresting phrases and breathtakingly beautiful images. —The Washington Post

Diane Ackerman is the author of many highly acclaimed works of nonfiction and poetry, including A Natural History of the Senses, a book beloved by millions of readers all over the world, and The Zookeeper’s Wife, a New York Times bestseller which received the Orion Book Award. She has taught at Columbia and Cornell and has been published in the New York Times, Smithsonian, Parade, the New Yorker, and National Geographic.