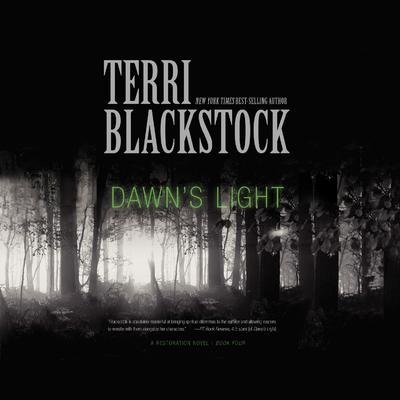 As the electronic pulses that caused the power outage finally come to an end, thirteen-year-old Beth Branning witnesses two brutal murders. She narrowly escapes the killer and runs away in terror. But he knows who she is, and it’s just a matter of time before he comes after her.

Torn between fear and compassion, Beth tries to help the grieving wife of one of the victims. But will her bravery cost Beth her life?

As the power begins to be restored, the Brannings face their toughest crisis yet. Will God require more of them this time than they’re prepared to give?

“Blackstock is absolutely masterful at bringing spiritual dilemmas to the surface and allowing readers to wrestle with them alongside her characters.” —RT Book Reviews, 4.5 stars (of Dawn’s Light)

Terri Blackstock made a decision more than a decade ago that permanently changed the direction of her writing career. She had grown to become an award-winning secular novelist of over thirty published titles. And yet she was miserable, and her career left her unfulfilled. One night she decided she would never again write something that was displeasing to God. Since then she has written more than thirty novels, many of which were New York Times bestsellers, and was given the Retailers Choice Award in 2007 for best Christian novel in the general fiction category for Night Light. She lives in Mississippi with her husband, Ken.