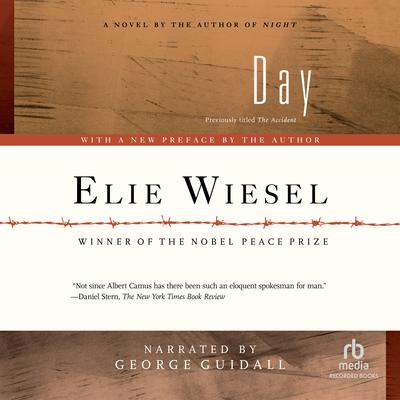 First published in English under the title The Accident, Elie Wiesel's third novel in his trilogy of Holocaust literature has now adopted Wiesel's original title: Day. In the opening scene, a Holocaust survivor and successful journalist steps off a curb in New York City directly into the pathway of an oncoming cab. As he struggles between life and death, the journalist recalls the effects of the historical tragedy of the Holocaust on himself and his family. Like the memoir Night and the novel Dawn, Wiesel again poses important questions involving the meaning of almost an entire annihilation of a race, loss of faith in the face of mass murder and torture and the aftermath and effects of the Holocaust on individuals and the Jewish people. "Not since Albert Camus has there been such an eloquent spokesman for man."-The New York Times Book Review